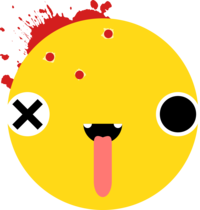 Entering the world at the start of the 1980’s, Phil was influenced from the outset by a whole load of awesome things, such as top-loading VHS recorders, brown kitchen tiles, Austin Maestro’s, He-Man, Star Wars figures, Zoids, Battle Beasts and Hedgehog Flavour Crisps. Oh, and Lego. Lots of Lego. He spent his early years sitting at the dining table, armed with an egg-box style tray of rubber ball-shaped felt tips and spare sheets of old paper from the Leeds Permanent Building Society, scribbling all kinds of things - mostly bizarre creatures from the depths of his imagination. This is a trend that still exists today, but without the rubber-ball pens.